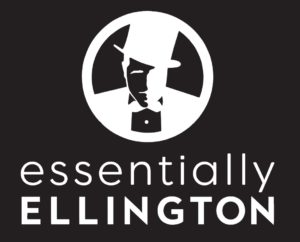 Beginning on May 11, the top 15 high school jazz bands in the country participated in the Essentially Ellington High School Jazz Band Competition & Festival and for the first time ever, Essentially Ellington welcomed guests from the Orquesta Juvenil de Jazz de Cuba to perform in exhibition. Their performance enriched the community and expanded Jazz at Lincoln Center’s reach to the educational system in Havana. All 16 bands were immersed in three days of mentoring, jam sessions, and workshops.

On Friday, May 12, the competition kicked off with a second line parade, United We Swing, with all participating bands, hosts, community members and city officials parading from Columbus Circle Park to the Jazz at Lincoln Center marquee at the Time Warner Center. The United We Swing second line parade was held in celebration and support of arts programs and arts education nationwide.

The competition culminated with each top-placing band performing alongside their choice of guest soloist from the Jazz at Lincoln Center Orchestra. The final concert also featured the world-renowned Jazz at Lincoln Center Orchestra with Wynton Marsalis – whose members served as mentors for the finalist bands throughout the festival. The Orchestra performed the music of Chick Webb and Duke Ellington which will be featured in next year’s Essentially Ellington Program.