How to have Great Ideas —in Spanish

NA Language Department faculty member Alexis Romay (#Profe) says: “Following on the footsteps of Bored and Brilliant, an initiative of WNYC’s radio show “New Tech City,” a couple of weeks ago, I assigned my IB Spanish 2 class a group presentation on the topic of addiction to technology. (Both, health and technology are, independently, topics of the IB Language B curriculum.)

“Four of my students, inspired by the recent talk by Global Speaker Matt Diffee, decided to follow his five tips on how to turn an otherwise ordinary situation into something extraordinary, funny even. Diffee’s rule of five includes: adding, subtracting, switching, inverting, and mashing-up.

“While the rest of the members of the team drew on the two other whiteboards, the first presenter started with a cartoon that shows what they encounter everyday when then enter the classroom: me. Apparently, I am a stick figure, whose sole features are hair and glasses (subtraction); I have a guitar on one hand (addition), and a cup of coffee on the other (mash-up/but also: reality). I’m saying something that makes me sound like a Luddite, based on my newfound reluctance to use my iPhone. 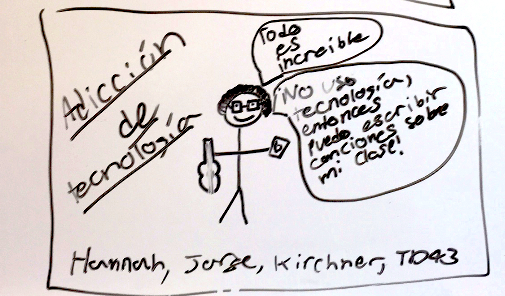 After defining the behavioral patterns of a technology addict, the group showed their peers the most common paths to phone-addiction: ah, the joys of social media! 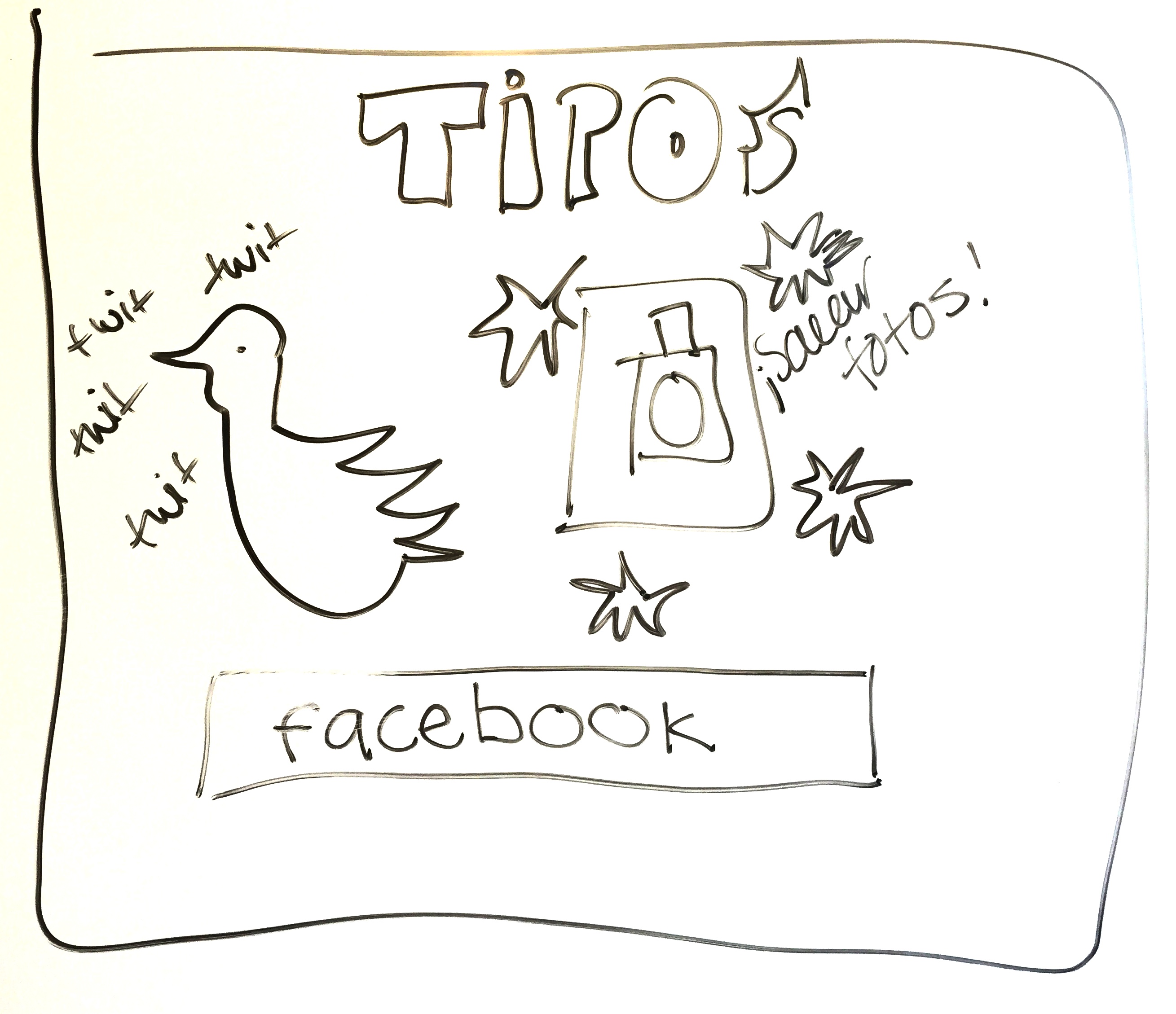 Then they proposed solutions to the ubiquitous phone-addicts. Their alternatives included: downloading and using the app Moment (my new best friend); reading books (hey, that’s the Spanish edition of HP!); enjoying the outdoors, and, obviously, avoiding PowerPoint if you’re doing a presentation about addiction to technology.

Then they had to establish a cultural comparison on the topic between the United States and a Spanish-speaking country. They chose Colombia.

The next step was warning their classmates about the most common symptoms of this kind of addiction. Netflix, binge watching, Breaking Bad, sedentary behavior, and obesity were prominently featured at this point. 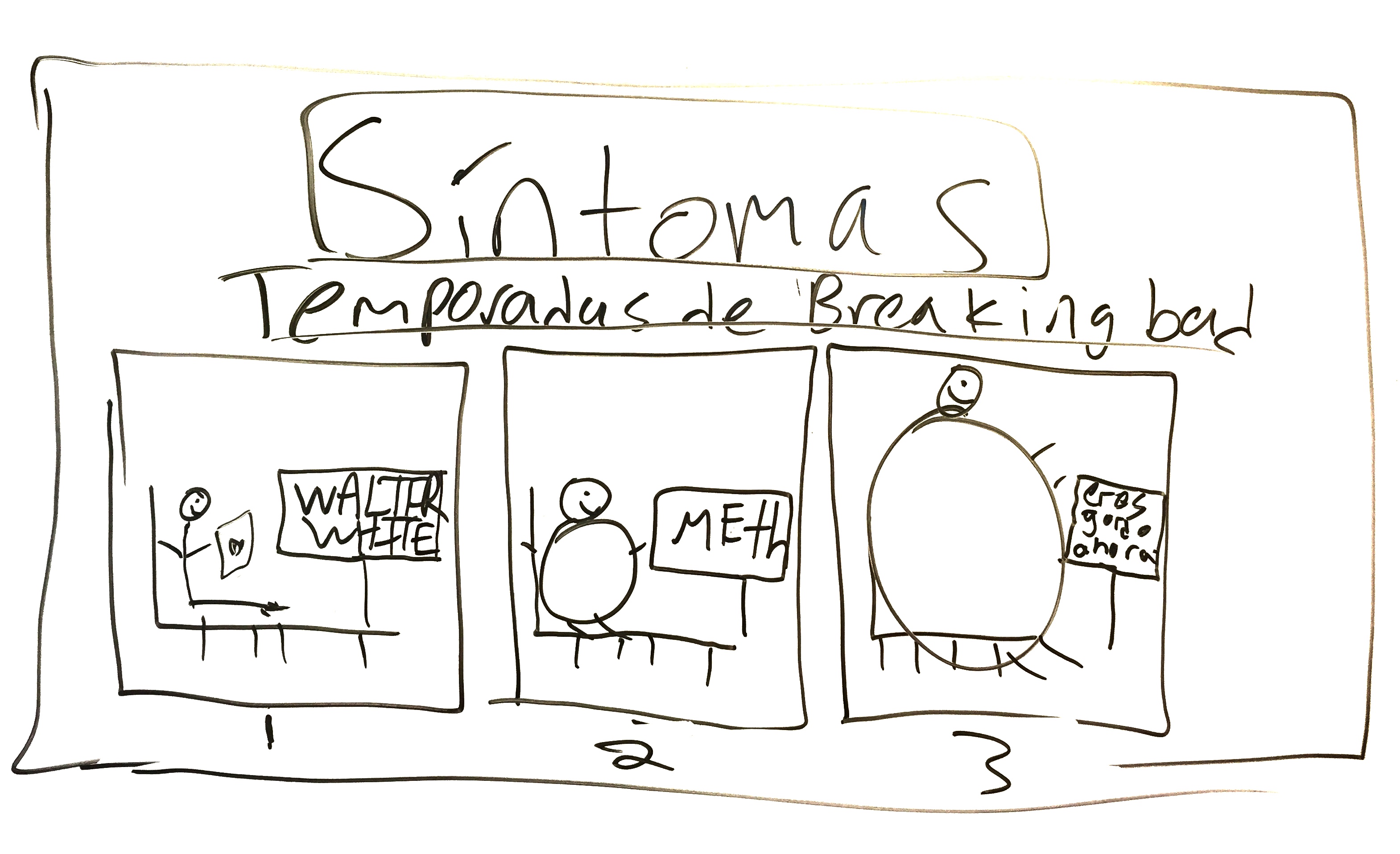 They also covered #FOMO (Fear of Missing Out, for the uninitiated), and how by our constant need of being elsewhere, we miss out on what’s happening around us: both, the good and the bad.

They wanted to call attention to this ever-growing trend because, at this rate, they fear that in a not-so-distant future we will have lost our humanity and will all be iPhones at the mercy of the highest deity: It-Who-Mustn’t-Be-Named, aka SIRI.

“I know they are really bright. But I truly hope they got the ending wrong.”
~ Alexis Romay

This entry was posted in Visual Art and tagged faculty, students. Bookmark the permalink.
Loading Comments...